CAFE Insiders can enjoy this recording of Preet reading his note, “Housework 2020” and read his note in the CAFE Insider Newsletter every Thursday.

Consider this note an early version of the dreaded back-to-school essay, “What I Did Last Summer.” As some of you may have heard on Stay Tuned or seen on Twitter, I started a month-long project with my sons, ages 15 and 17. As the dog days of August were upon us and the boys had no camp or school, I wondered if we could conjure up a fun but educational enterprise for the month. Because they are both politically-interested and closely follow the news – competing in extemporaneous speech competitions during the school year – our thoughts turned to the election. After some thinking, I proposed they educate themselves about close House races and make recommendations that I would broadcast on my Twitter feed.

Importantly, I told them, I would put my money where my mouth is and make a donation to each of their picks. Before we could start, however, the boys insisted that we create a unique hashtag. Finally, voila: Some have asked what sources and criteria the boys use in making their selections. This tweet, for example, made me smile: “Preet, I want to donate to key campaigns around the country, but I’m hesitant to do it based on the opinions of teen boys. Can I assume that they are being coached into making smart choices based on research?”

To be clear, the choices are all theirs. I reserve the right to veto a pick, but I haven’t done that yet and don’t imagine I will. They consult campaign materials, local and national press, political and polling resources like FiveThirtyEight and the Cook Political Report. For each candidate, they do a write-up for me to review, which includes policy positions, polling data, fundraising numbers, and even suggested language for tweets.

So far their approach has been fairly pragmatic. They have avoided recommending donating to either sure-things or futile longshots. Several of their earliest picks have been in races that are close and likely flippable from red to blue. (Yes, while independent thinkers, they inherited their general political leanings from their parents). I have heard them contemplate, on principle, advocating for candidates facing especially odious incumbents, even if the chances of victory are slim. We shall see.

Just five days in, it’s been a great experience. They’ve taken the responsibility seriously, and they see results. Every candidate, they have learned from Actblue, has raised considerable cash after I tweet, as followers donate along with me. They see the tweets of voters pledging to donate $5 or $10 to everyone the boys recommend.

The response from the candidates themselves has been remarkable. One reached out to me to offer the boys a remote internship on the campaign. Another recorded a two-minute video thanking and encouraging them for getting involved in the democratic process.

Of course, there are also the haters. One of them is Senator Ted Cruz. After I tweeted the boys’ recommendation of Wendy Davis, who is running to flip a seat in Texas, Cruz personally responded to the tweet, alluding to the name of the U.S. Attorney character in the show Billions:

Rather than rankle the boys, it tickled them. I responded:

Senator @tedcruz himself has noticed my sons’ project #housework2020, albeit in an unfunny tweet. This will probably encourage my boys to look at more Texas races. For now, they suggest you help @wendydavis flip #TX21: secure.actblue.com/donate/davistx

My 15-year-old noted, with some pride, that Daddy’s tweet got more likes than the Senator’s.

The main point of the exercise is not to raise money. It is to engage them, educate them, show them they can have an impact. I want them to be involved and active for a lifetime in support of any cause or candidate they like, anywhere on the political spectrum. Apathy kills us, and I see in young people all over the country, especially since the Parkland shooting, more energy and awareness and activism than ever before. That is what will save us.

This has been so much fun, we will need to come up with another family project for September and another for October. All suggestions are welcome. My daughter, who is already working on a congressional campaign this summer, has asked my advice about how to help in the presidential race. For now, the boys have 26 more candidates to recommend in August. Separate and apart from the civic education, bonding with my boys has been the best. Stay tuned. 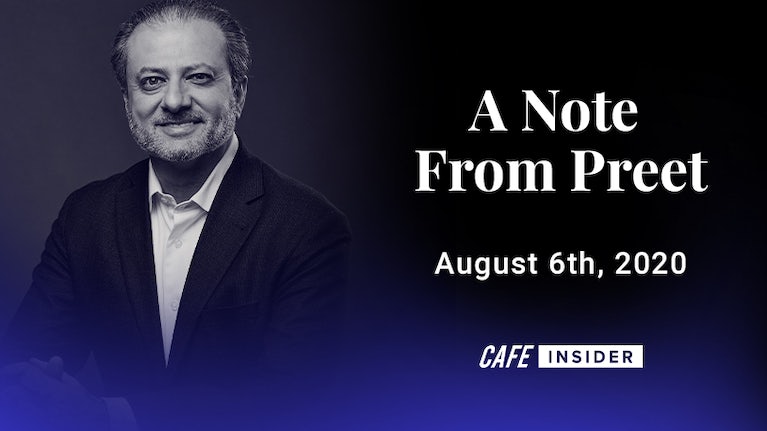