It was quite the tableau. There sat the distinguished white-haired federal judge opposite a bank of U.S. senators on the Judiciary Committee. The issue was whether this longtime respected jurist should be confirmed as the next Attorney General of the United States. The question was especially fraught on this occasion because of the dilapidated state of the Justice Department, its independence in question, with the nominee’s predecessor accused of politicizing the agency, serving the president’s interests over the public’s, and even removing U.S. Attorneys for partisan reasons.

The nominee, who was ostensibly chosen for his integrity and perceived ability to restore the independent reputation of DOJ, pledged to block political meddling at the Department, insisted that partisan politics was unacceptable in law enforcement decision-making, and assured senators he would be more arms’ length from the White House than the previous Senate-confirmed occupant of the office.

The scene was October of 2007, and the man in the seat was the former chief judge of the Southern District of New York, Michael B. Mukasey. Yes, I guess history does rhyme. Front and center at Mukasey’s confirmation was the need for a restoration at the Justice Department. I had just spent the better part of that year leading a Senate investigation into the infusion of politics at the agency I loved and had served and, unbeknownst to me, would serve again.

Our investigation prompted at least three other investigations – one by the House of Representatives, one by the DOJ Inspector General, and another by the Office of Professional Responsibility. The Department was forced to fix its hiring practices – in the Honors Program, in the Summer Law Intern Program, and in the Civil Rights Division. During the pendency of the Senate investigation, most of the DOJ leadership resigned under a cloud – the Deputy Attorney General, the Associate Attorney General, the chiefs of staff to both the DAG and the AG, and finally at the end of August 2007, the AG himself departed.

How did DOJ get to such a point? Well, it turns out that Mukasey’s predecessor was also a former judge, Alberto Gonzales, but he appeared not to have developed either Mukasey’s or Merrick Garland’s independent spine. There may be a perception that judges, who in the federal system sit in the most politically-insulated branch of government and are duty-bound to be fair and open-minded in considering cases and controversies, who literally sit above and apart from the other courtroom participants, know to resist politics and patronage and can carry that spirit from the bench to the highest Justice Department perch.

But these qualities and instincts may not have been so nurtured in Gonzales, who, despite being a former judge on the Texas Supreme Court, was not in the federal system, was not life-tenured, and was elected to that office (after first being appointed by his friend Governor Bush).

The concerns about Gonzales’s independence were fully developed and argued during the confirmation process. Rewind 33 months back from Judge Mukasey’s confirmation hearing, to January 2005, right at the start of Bush’s second term. It was my first week on the job as chief counsel to Senator Chuck Schumer and the first order of business was what? Consideration of the nomination of Gonzales — Bush’s best friend and White House counsel — to be Attorney General. The chief confirmation concerns about Gonzales, whom many Democratic senators personally liked, were two-fold: his closeness to President Bush and his involvement in condoning certain treatment of detainees in the wake of 9/11. (Later, Mukasey would also inflame opposition because of his equivocal answers about the legality of waterboarding, but there was no real issue about his relationship with Bush.)

Much of the debate over Bill Barr and Merrick Garland has echoes in the debates over Alberto Gonzales and Michael Mukasey – swirling questions about loyalty versus independence, about politics versus the rule of law.

In the end, Gonzales’s deep friendship with President Bush and the nominee’s inability to reassure on this point, along with other misgivings, made him an unsuitable pick for AG in the minds of 36 Democratic senators, including Schumer.

Only days into the job, I watched the Senator lay out his reasons for voting against Gonzales. Among other things, he said, “Even if you are, as Judge Gonzales is, a good person with top-notch legal qualifications, you still must have the independence necessary to be the Nation’s chief law enforcement officer. The Attorney General is unlike any other Cabinet officer. For all those other Cabinet officers, simply carrying out the President’s agenda is enough. But to be a good Attorney General, unqualified deference to the President is not enough.”

Years after that experience, just this morning, as I searched out that floor speech I helped craft for Senator Schumer to mark his nay vote, I realize the most trenchant line about the nominee was also an accidental haiku:

It is hard to be

a straight shooter if you are

It is hard to be a straight shooter if you are a blind loyalist, indeed. A blind loyalist is what Gonzales turned out to be, along with having poor judgment and leadership skills.

At a time of deep crisis for the Department of Justice, we should be grateful that Merrick Garland, denied a Supreme Court seat, gives every indication of being a straight shooter and a loyalist to the Constitution above all else. 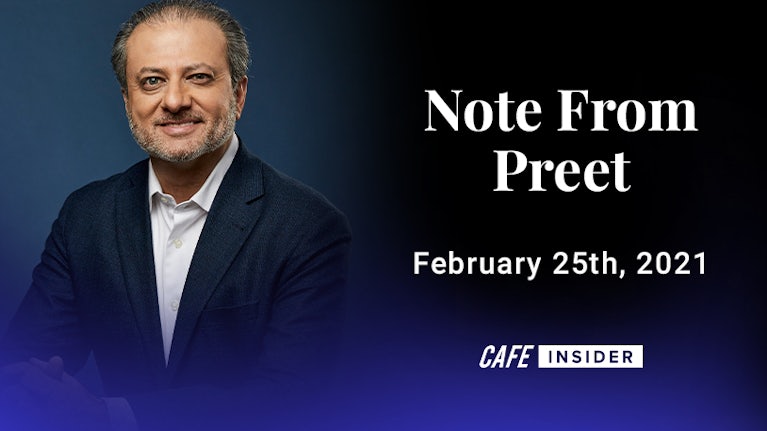 Note From Preet: In Garland Hearing, Echoes of the Past