This week’s “Note From Preet” has been adapted from Preet’s concluding remarks closing out today’s Stay Tuned episode.

I want to end the show this week with just another word about the 20th anniversary of 9/11 as it approaches. I’ve been thinking about it a lot. I’ve been remembering a lot. Maybe you have been too.

I remember, after the towers fell, looking at my four-month-old daughter and wondering: what kind of world had we brought her into?

I think of how my brother asked if he could come over that morning and sit with us, because he just wanted to be with family.

I don’t pray so much, but I prayed that day.

I remember that night, with all air traffic grounded amid rumors of undetonated bombs, we put our daughter to bed. I would sing to her every night at bedtime. But that night I added a new song to the rotation – God Bless America. I think I sang it more for me, than for her. That song remained in the rotation at night, even after our second child was born, and then our third.

I remember the following days too. I remember being at SDNY, and Detective Kenny Robbins walks into my office to talk about a case. He’s a plainclothes detective but he’s in uniform that day. I ask him why. He says, “I’ve got two funerals today.” I saw him wear his uniform a lot. And your heart just breaks.

I remember going to a makeshift center in Chelsea, some weeks after the attack, to volunteer to help victims’ families who might need legal or other help. And I’m looking for where I’m supposed to go. I round a corner and I come face-to-face with a huge wall. And on the wall are hundreds of drawings. They’re in crayon. And they are from young children all over the country, sending their thanks and good wishes to the families of the firefighters who died. Some are drawn as angels in heaven. And my god, your heart just breaks.

Like Secretary Johnson, I too changed after 9/11. I felt an overpowering duty to my country, to serve however I could, and to serve as long as I could. I ended up doing another 16 years.

I remember, almost eight years after the attacks, being sworn in as U.S. Attorney for the Southern District of New York. And receiving, within weeks, my first major assignment: oversee the trial of five men who masterminded the attack on America on September 11th. That never came to pass but we were ready.

I remember feeling a great heaviness as the tenth anniversary of 9/11 approached, back in 2011. And I feel that heaviness today. I remember going to the opening of the 9/11 memorial that morning, the first time the public was allowed in that hallowed space.

The tenth anniversary happened to be a Sunday. I am not much of a church or temple-goer, but I went to church that day, with my deputy and best friend Boyd Johnson. I felt I needed to be in a house of worship.

At SDNY, we commemorated the 10th anniversary with an event at the Court of International Trade, one place where all the lawyers and staff could fit. I remember struggling to find the words to fit the occasion. I decided to speak of service and the enduring force of good people. Ten years later, I hope the message still rings true.

This is what I said:

“I respectfully submit that the lessons of 9/11 boil down to a few simple and timeless truths:

Sometimes a world-altering tragedy is thrust upon us – epic in scale and suffering and made more shocking because it is wrought not by nature but by wicked men.

That is when good people announce themselves with great force and in great number.

That is when good people – even knowing they can never fully console the grieving or calculate the loss or even comprehend the act – dedicate themselves simply and tirelessly to healing the harmed, fighting for justice, and rebuilding their city.

That is when good people make a commitment – lasting not merely for a moment or a day or a year – but for as long as they have breath to dismiss the differences among them and awaken to what is important.

It is a commitment to living life in the service not just of oneself, but also for the benefit of other people.

It is a commitment to carry whatever load one’s limbs can bear and make whatever sacrifice one’s spirit can tolerate to, in the words of Aeschylus, “tame the savageness of man and make gentle the life of this world.”

There were many, many heroes on 9/11 and after.  We have been reminded of some of their stories this week.

But whoever makes that commitment, whoever holds to that pledge – even if you never had the chance to be one of the heroes who pulled a victim from the burning towers or rescued a fellow soldier on the field of battle. . . or saved countless countrymen by choosing to crash your own plane in a field in Pennsylvania – whoever makes that commitment to service makes a contribution to the ultimate cause of peace and justice.

Because through each of those private pledges to do one’s part to ease some suffering and to at least respect – if not love – your fellow human beings, interwoven between millions of other like pledges, made by people of every color, class, and faith, is stitched the fabric of a heroic nation.

That is the simple creed of good and justice-loving people everywhere.

And it is the defining creed of the men and women of this Office.” 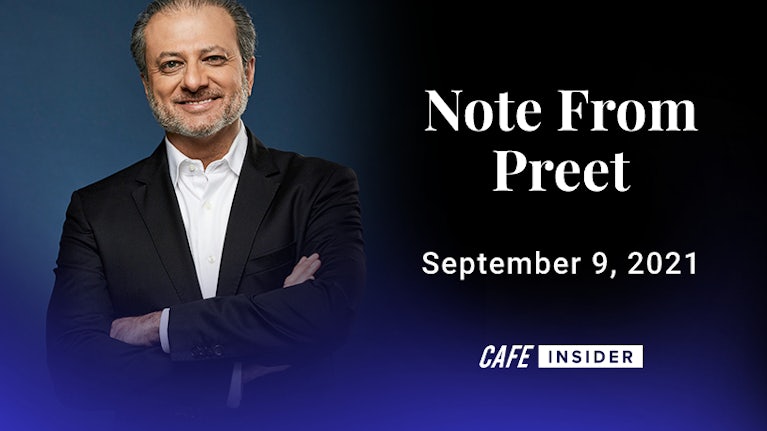 Note From Preet: Lessons From 9/11