As you may know, this week I interviewed the former commissioner of the New York City Police Department (NYPD), Bill Bratton, about his new memoir which doubles as a meditation on policing. It’s called The Profession: A Memoir of Community, Race, and the Arc of Policing in America. I find myself still digesting both the book and the conversation.

It’s a work worth reading, wherever you are on the debate spectrum when it comes to reforming law enforcement. It is sober and smart and, in many places, nuanced rather than strident. A different kind of police chief might have written a different kind of book, a polemic or a manifesto or a self-monument. This is none of those. Even if you happen to disagree with Bratton on some or even all of his points, it is worth grappling with his views. He is, after all, arguably the most successful police chief in modern history, a man who has led the police departments of Boston and New York and Los Angeles and then New York again.

But one of the most memorable and important observations Bratton makes is not specifically about policing; it is, rather, about institutions and people and, as such, has general application.

Bratton’s observation is about the inertia of institutions, inertia that often exists alongside the dissatisfaction of its members. Bratton quips about this seeming paradox in the context of his life’s work: “There is an old expression in policing: Two things that cops hate are change and the status quo.” Thus he renders a common institutional catch-22. The question for leaders and reformers is whether one can make improvements by leveraging that frustration with the status quo to overcome aversion to change. Bratton writes, unsurprisingly, “The resistance to innovation I found in the department was, at first, very strong.” Overcoming that takes work and persuasion.

I encountered this too. The NYPD is 176 years old. The Southern District of New York traces its origin back to 1789. The law, in particular, favors slow going and incrementalism. It’s a bit understandable. As I wrote in Doing Justice, “Law enforcers have to be meticulous rule followers and scrupulous students of precedent, rightly handcuffed by statutes and codes of conduct, not to mention conscience and the Constitution. That is quite the confining cube.” It is a powerful mindset to shift.

As I went on to say, “Tradition is good and useful and grounding. But lazy habit and knee-jerk hostility to change are not tradition; they are an intellectual straitjacket.” Some practices and precedents have outlived their value, if they ever had value in the first place, or worse, have become engines of injustice because an arguably reasonable tool was taken too far.

That’s how you got excessive use of stop-and-frisk, which dropped from 700,000 encounters at the NYPD peak to 8,000 more recently, without a material adverse effect on crime in the city. Mayor Mike Bloomberg himself has apologized for its excessive use. Habits are hard to break, and people develop an attachment to tools that they believe are the cause of good results, without properly testing that theory and without taking into account the collateral harm caused by use of the tool.

New kinds of training may also be a hard sell. Bratton devotes an entire chapter of his book to implicit bias, which he believes we all have. We can never be fully rid of those biases but we can recognize them and mitigate them. But that takes training. And that kind of training can cause groans among the rank-and-file. The former commissioner describes how the program at NYPD was structured so as to gradually open people’s eyes to their preconceived notions, to catch them off guard, but to do so in a way that drew them in rather than alienate. Bratton reports that this was a typical response: “I was forced to go through this training. I didn’t want to go, I thought it would be awful. . . . This is actually pretty good.”

And it reminded me of something I described in my own book – a program called Rikers Rovers at the Rikers Island jail facility. The idea was that adolescent inmates would train rescue dogs and prepare them for adoption. The theory was that this would teach the adolescents responsibility and empathy and discipline and commitment. What was the first reaction of correction officers? As I wrote, “they laughed and sneered and mocked the program.” Ultimately, though, the officers stopped rolling their eyes. They saw the impact. They even adopted the majority of the dogs. When I visited Rikers Island and got a briefing on the canine program, I spoke privately to a senior official at the facility, who told me this about Rikers Rovers: “I thought this was the stupidest thing I ever heard of. I thought it was a joke. But you know what? I’m now its biggest supporter. It’s a little thing, but it does a lot.”

One key to effective justice, then, is opening people’s minds to new ways of thinking and doing, getting them to value certain kinds of change over the status quo. That is hard work but it is the only way to resolve the paradox reflected in Bill Bratton’s quip. 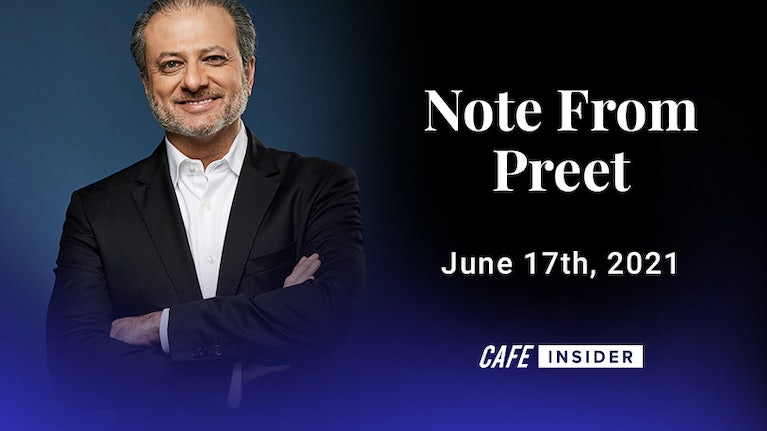 Note From Preet: On Change and the Status Quo