Trump is out of the White House, his Twitter voice silenced, his official power gone. Nonetheless, he retains enormous influence over his followers and the Republican Party. But he casts a long shadow over American politics in another way too, and his ongoing impact on how we perceive and evaluate politicians in the aftermath of his norm-breaking tenure raises interesting questions for Democrats.

Part of Trumpism was the elevation of tribalism to its apogee. Nothing Trump did could draw criticism from his base – not plausible allegations of sexual assault, not constant mendacity, not politicizing the Justice Department, not botching the pandemic response, not cozying up to Putin, not coddling racists, not provoking an insurrection, not anything. Trump well understood this, even before his 2016 election victory, when he said he could shoot someone on Fifth Avenue and not lose any support. That was a truer expression of reality than anyone could have understood at the time.

What was the rational reaction to this stunning political dynamic on the part of people outside of the Trump cult and outside of the class of politicians who may not have been cult members but also said nothing because of addiction to power or fear of reprisal? I think it’s fair to say that reasonable people were astonished, perplexed, and horrified. They were also angered. How could this person who did so much wrong, do no wrong?

But now, even as he’s gone from power, the memory of his base’s infinite and inexcusable forgiveness remains powerful.

And now is the season of the Democrats. In the White House. In the Senate. In the House of Representatives. Also in various governors’ mansions. With power comes scrutiny and judgment and, yes, criticism. And here’s the issue that arises: after the jaw-dropping abuses and failures of Donald Trump, universally excused by his party, what standard is fair to apply to Biden and other Democrats? To paraphrase Daniel Patrick Moynihan, how much did Trump define deviancy down?

You see the debate dynamic on social media. When journalist Peter Baker recently noted that Biden hadn’t held a solo press conference in the first 50 days, unlike his immediate predecessors, there was an avalanche of criticism – of Peter Baker. It was a mild criticism from a journalist who could be expected to favor press conferences; journalists are biased that way. The avalanche was telling and portends future debates – for many Democrats, in the aftermath of Trump’s lying and press bashing, it felt a bit rich to chide Biden on this score. To me the particular issue is a trivial one, but the question it raises is not: in the post-Trump era, what is the right standard for members of the media to criticize Joe Biden, or more broadly, what is the standard for Democrats to criticize one of their own?

My preliminary thought is that we should keep a sense of proportion, to be sure. Mean tweets, inconsequential gaffes, occasional exaggeration, normal press pushback, traditional hardball politics – these things, after Trump’s unprecedented lying and abuse of power, cannot be good faith sources of outrage. No more tan suit controversies, please.

But if a Democratic president were, say, to hire his daughter and son-in-law in the White House, I think that should be criticized, not excused just because Trump got away with it. Republicans who suddenly wake up to the problem of nepotism should be called out on their hypocrisy, of course, but Democrats who would forgive conduct that they condemned because the shoe is now on the other foot shed a layer of integrity.

It is natural to cut your side some slack. That’s human nature. But if a Democratic politician were to pardon a crony, interfere in an election, incite violence, hide his taxes, or commit any number of the sins we excoriated Trump for, we should not let tribalism silence us just because Trump’s cult was silent. We should be better than that. And I expect we will be.

If a Democrat were to shoot someone on Fifth Avenue, they should most definitely lose support. And if a Democratic governor of a large state is found to have abused his power or intentionally misled the public about nursing home COVID deaths or sexually harassed or assaulted women who worked for him or lied about any of these, he should also lose support. I see some of the knee-jerk tribal defenses of Andrew Cuomo; also the bizarre conspiracy theories that Trump is somehow responsible for the Governor’s woes. [My analysis of that situation, for what it’s worth, is informed not just by public reporting but also by my experience as a longtime New Yorker and as the U.S. Attorney who oversaw investigations of Cuomo and his top aides.] Let the current investigations play out, and let the chips fall where they may.

It is of course infuriating to see people attacking politicians you support over conduct they condoned under Trump. But just because other people adhere to a double standard I hope that doesn’t mean we should sink to having a double standard too. 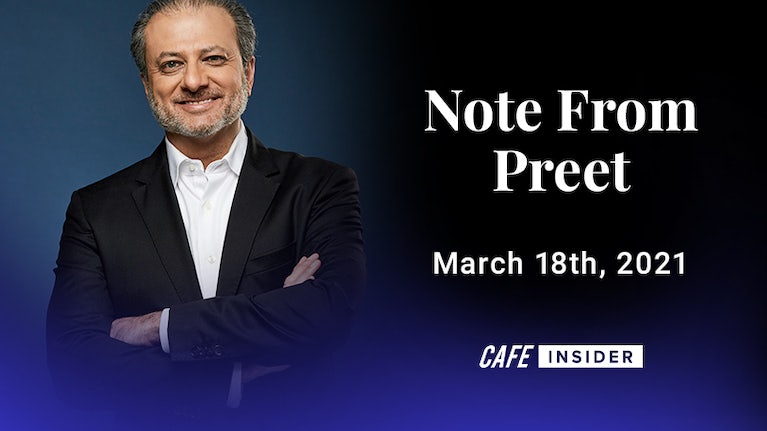 Note From Preet: On Standards