News broke this week that the U.S. Attorney’s office in Delaware is investigating Hunter Biden, son of the President-elect. Whether or not Hunter Biden broke any law is an open question, but the revelation about an ongoing investigation is not speculative or leak-driven. It is conceded in a pithy statement from Hunter himself:

“I learned yesterday for the first time that the U.S. Attorney’s Office in Delaware advised my legal counsel, also yesterday, that they are investigating my tax affairs.”

Fairly deep reporting by CNN’s Evan Perez, not yet confirmed by the authorities, paints a picture of a broad investigation, well underway, and involving both the FBI and the IRS’s criminal investigation section. According to Perez’s sources, the “investigation began as early as 2018,” and is focused on “multiple financial issues, including whether Hunter Biden and his associates violated tax and money laundering laws in business dealings in foreign countries, principally China, according to two people briefed on the probe.” Also according to Perez, Joe Biden is not implicated in any wrongdoing.

What to make of this? In ordinary times, DOJ enjoys a general reputation for apolitical decision-making. There would be a presumption of regularity and legitimacy. But these are not ordinary times, and the collective actions of Trump and AG Bill Barr have caused people to worry about deep politicization of high profile cases – as with Barr’s heavy hand to advantage Trump allies Roger Stone and Michael Flynn.

So is this a good faith investigation of potential criminality by the next President’s son or just the latest round of dirtying up the Biden family for political gain, following on the heels of the Ukraine Affair.

We don’t yet know much about the origins of the investigation and the involvement of political figures and the fact of an investigation doesn’t mean charges will follow. Many probes die on the vine.

But there are several indicia of regularity. First, if the reporting is accurate, the inquiry began before Bill Barr, the most cynical presidential sycophant, took office.

Second, it appears that the law enforcement agencies paused in the months before the 2020 election, foregoing overt steps that might have revealed the probe’s existence and nature, because of the tradition and policy of steering clear these kinds of actions to avoid influencing the election. If the point was to damage the Biden candidacy, one wouldn’t have expected such restraint.

Third, the Delaware U.S. Attorney himself, David C. Weiss, appears to be a career federal prosecutor, not anyone’s political crony. He was the number two official in his office both during the end of the Bush presidency and then again for six years during the Obama presidency. In between, he was both the Acting and Interim U.S. Attorney. He was appointed to head the office by Trump in early 2018. In other words, he has been trusted to serve in high positions in that office by three presidents.

Notwithstanding these considerations, one must still question whether the investigation of Hunter Biden is kosher. Why? Because for years now the President and his allies have been on a public campaign of criminal allegation against Hunter Biden and his family, not because they cared about corruption or the rule of law. But because Trump wanted to kneecap his most formidable political rival politically. Recall that in the Ukraine Affair, what Trump really wanted wasn’t an investigation of Hunter Biden by the Ukrainian president, but the announcement of an investigation. Then there was that hazy business involving Rudy Giuliani and Hunter’s laptop. For all of his own talk of witch hunts and hoaxes, it is Trump who has blurred the line between prosecution and persecution.

It pains me to have to say any of this. There are clear signs of legitimacy, but I would feel better if we got answers to some pertinent questions in the future: How did the investigation start? Was there a suspicious activity report filed by a financial institution? A tip from a cooperating witness? Did the investigation flow from a routine IRS red flag? Has Bill Barr had any involvement? Has he directed that any action be taken or not taken? At any point was the President advised of the investigation? Did he press for any action or disclosure?

It is so very harmful to democracy and faith in the rule of law that we are at the point where we must ask such questions about what may very well be a good-faith DOJ investigation, rendered sensitive by the happenstance of the subject’s father, unfolding in unfortunate tandem with a campaign of character assassination and political bullying by the leader of the country against the very same subject.

In a way, this dynamic points to one of the greatest injuries Trump has inflicted on America. In a democratic system in which justice must not only be done, but be seen to be done, his cynicism, his trashing of norms, his weaponizing of DOJ, his slandering of the FBI, his thirst for payback, all of it makes reasonable people wonder what is legitimate and what is not.

This is the harm Trump has done. And however difficult it may be to undo that harm, complicated as it will be now by this confirmed investigation of his own son, President Joe Biden and his Attorney General must undo it. 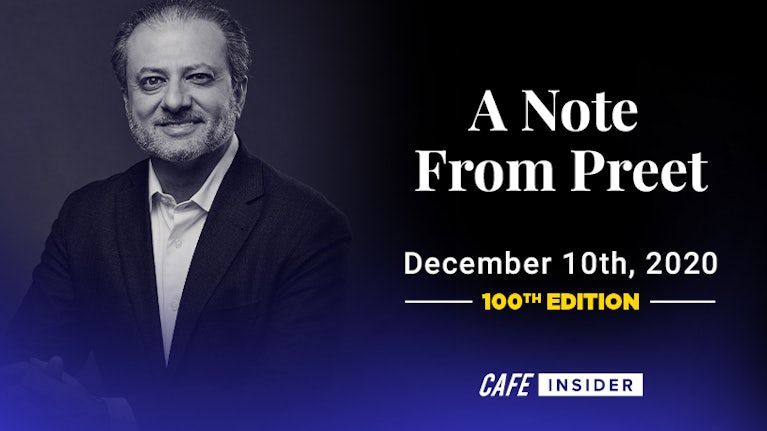 Note From Preet: On the Hunter Biden News