Note From Preet is part of the CAFE Insider subscription.

The election is 54 days away. This is what they call the homestretch. But even at this late date, campaign tactics may change, new slogans may emerge, even policy positions may shift.

Character, however, remains constant. Especially for men well into their eighth decade. It’s of course difficult to evaluate the true personalities of public figures, whether politicians or rock stars. There is an entire media industry dedicated to bringing you revealing facts about celebrities, sometimes feeding, sometimes puncturing your fantasies about this or that famous person. We are infinitely curious about them. We see the concerts, the movies, the runway walks, the political rallies. We know their public work. But we also want to know their private selves. The question is often asked: What are they really like? Are they kind or cruel, haughty or approachable, conceited or humble?

In the case of national politicians, the answers to those questions are a bit more consequential. Most of us, I think, want to believe a good and decent person is in the White House, even if we disagree with their policies.

Voters welcome, and handlers publicize, small and private acts of courage or kindness that family, friends, and followers carry with them forever. Consider the depiction of Joe Biden at the Democratic National Convention, which overflowed with such vignettes. There was the story of Jacquelyn Brittany, a young Black security guard who escorted Biden to an editorial board meeting at the New York Times and whom the former Vice President befriended. As she put Biden’s name into nomination for the presidency, she told us, “Joe Biden has room in his heart for more than just himself.” Then there are the stories of friendships forged on the daily Amtrak commute. Biden knows the shoeshine man, the cashier, the conductors. He has thrown parties for retiring conductors and picnics at his house for train crews.

I have my own personal story. Some years back, when I was still in office, I was attending an event where Biden was the keynote speaker. A Secret Service agent I knew asked me and my wife if we wanted to come backstage to say hello to the sitting Vice President. What I expected to be a quick handshake and photo turned into a lengthy talk with Joe and Jill Biden. At one point my wife couldn’t resist revealing that our youngest son had, for a school project, chosen to send his Flat Stanley not to President Obama like many of his classmates, but to Vice President Biden.

Unprompted, Biden looked at one of his aides and asked for a piece of official stationery, and he wrote our then eight-year old son a personal note: “Thank you for Flat Stanley – your Mom & Dad are so very proud of you. Please come and visit me in the White House. Joe Biden.” We keep it on a shelf on our bookcase still.

None of this is meant to lionize Joe Biden. Is he perfect? Of course not. I’ve had many friends who’ve worked for him directly over the years. He can be — like all bosses, myself included — frustrating and difficult. But there is a reason you haven’t seen droves of former Biden staffers throwing him under the bus to make a buck. He is a decent person, in public and in private, and people’s love for him is palpable and authentic.

Contrast that with the current occupant of the White House. Of all the speakers at the RNC, I cannot recall anyone other than Rep. Jim Jordan telling any kind of humanizing, behind-the-scenes story about the President.

One can wonder, over seven decades, are there private moments of kindness and grace that might be testament to Trump’s decency? We’ve heard almost none. You think maybe these stories are being saved by advisers and allies for future biographers to temper the image of Trump? Of course not.

His former lawyer, Michael Cohen, in his new book reveals this private comment by Donald Trump: “Tell me one country run by a black person that isn’t a shithole. They are all complete [expletive] toilets.”

His own niece, Mary Trump, describes in her new book the time Trump eyed her in a swimsuit at Mar-a-Lago in the 1990s. What was his greeting? “Holy shit, Mary. You’re stacked.” She also claims hearing Trump use anti-Semitic slurs and the N-word.

A recent article in the Atlantic credibly describes other private Trump moments in which he called fallen soldiers “losers” and “suckers.”

Most recently, we learned that Bob Woodward’s forthcoming book discloses a number of stunning behind-the-scenes statements, away from the cameras. Sources told Woodward that Trump complained to trade adviser Peter Navarro that “my fucking generals are a bunch of pussies. They care more about their alliances than they do about trade deals.” What a charming patriot.

As bad as these stories are, I believe it is just the beginning. If Trump is swept out of office, there will of course be a reckoning regarding his policies and possible misdeeds. Government agencies will reveal more instances of coercion and rank politicization. Other investigators will likely be busy also.

Then the historians will begin their work. And the excavation will be ugly.

Meanwhile, other aides and allies, too weak and cowed to speak up now, will pounce if Trump loses. They will all have terrible stories to tell, and they will feel compelled to tell them, if only to rehabilitate themselves during the inevitable tidal wave of rebuke.

Some of the revelations will come from spineless wafflers like Sen. Lindsey Graham and Kayleigh McEnany and Rep. Kevin McCarthy who disparaged Trump, then joined him. When Trump is gone, they will disparage him again. They are human political pendulums.

When the time comes, these people should be heard, but not forgiven. 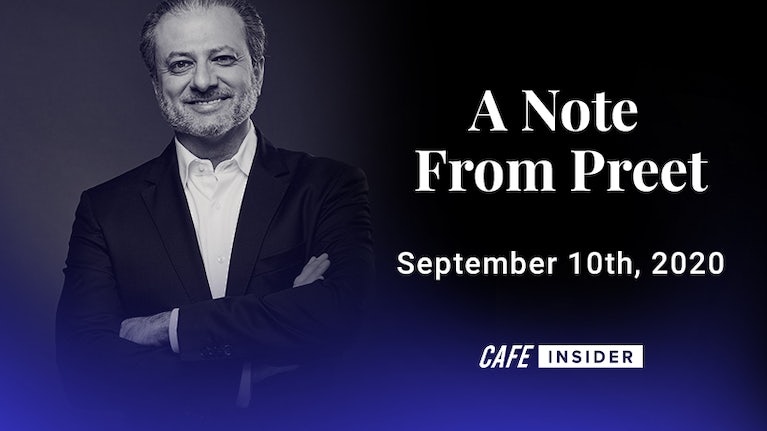 Note From Preet: The Excavation Will Be Ugly