A month ago in this space I addressed the concept of “supererogation.” As I explained:

Supererogation, per moral philosophers and ethicists, is the performance of an act above what duty calls for; it is good but not morally required; it is worthy of praise, but its non-performance is not a cause for criticism. A supererogatory act is morally optional, but is typically impressive and tends to involve some sacrifice or hardship for the person who performs it.

I went on to say that classic examples of such conduct include “stories of good Samaritans who had no duty to help others in distress but went out of their way to do so.”

This week my thoughts have swung back hard to this notion and, more specifically, the expectations we should have for bystanders who come upon strangers in distress. As a legal matter, there are almost no jurisdictions in the United States that obligate people to help others in an emergency, whether it’s a car accident victim or a drowning swimmer. While all states give some measure of legal protection to good Samaritans who do offer help, only three states (Minnesota, Rhode Island, and Vermont) impose a broad requirement of rescue in the first place.

This is an excerpt from the Minnesota statute: “A person at the scene of an emergency who knows that another person is exposed to or has suffered grave physical harm shall, to the extent that the person can do so without danger or peril to self or others, give reasonable assistance to the exposed person.” A violation, however, is a just petty misdemeanor.

Now, how should we consider these questions as a moral matter? To answer, we can begin by considering two bystander scenarios that are rightly receiving a lot of attention this week. They are an aching study in contrasts.

The first involves the senseless attack on a 65-year-old Asian American woman on West 43rd Street in Midtown Manhattan, on her way to church. A viral video shows surveillance footage shot from a camera inside a luxury high rise on that block. What it depicts shocks the conscience. A petite figure is walking on the sidewalk past the building. A much larger man abruptly kicks the woman hard in the stomach. She crumples to the ground. Then the man kicks the woman hard in the head at least three times before wandering off.

It is awful to watch; it makes you sick to your stomach. But even more shocking perhaps is the reaction of at least three bystanders in the lobby of the building, reportedly two security guards and a third-party vendor. They do nothing. They don’t spring into action; they don’t render aid; they don’t appear to call for help. Even worse, as the woman lies there on the sidewalk, one of the men slowly goes to the open lobby door and closes it, as if to punctuate the point that this is not their problem.

Did those men have a legal duty to render help? What about a moral duty? Condemnation, in any event, was swift. Thousands of people on social media, along with public officials like the Mayor himself, rebuked these cold-hearted bystanders. The company that manages the condominium tower suspended the two security guards, “pending an investigation in conjunction with their union.” One wonders what the union’s position will be.

The other bystanders in the news are now witnesses in the trial of Derek Chauvin, who is charged with murdering George Floyd. These bystanders are made of different stuff. The people called by the prosecution to describe what they saw and felt the day Floyd died, to a person, tried to help and regret they could not do more. The testimony is suffused with trauma and guilt and good Samaritan spirit.

This is the teenager who shot the video of Chauvin with his knee on Floyd’s neck: “It’s been nights I stayed up apologizing and apologizing to George Floyd for not doing more and not physically interacting and not saving his life.”

Off-duty firefighter Genevieve Hansen testified about all the actions she would have taken to help Floyd if allowed: call for help, check for a pulse, open his airway, begin chest compressions if needed. Hansen broke down in tears. “I pleaded. I was desperate to help.”

Another bystander witness, Charles McMillian, also broke down, sobbing uncontrollably as he was shown video from an officer’s body cam.

Donald Williams, an MMA fighter, spoke compellingly about his experience. As he watched the way cops were treating Floyd, Williams asked himself, “Should I involve myself?” He explained that he was “battling with himself to stay on the curb.” And then he called 911. When asked why, he said, “Because I believed I witnessed a murder.”

Indeed, so many bystanders, in the words of the prosecution, “called the cops . . . on the cops.”

They weren’t able to save George Floyd. A police officer with mace and a gun prevented that. But they wanted to, and they tried. And they are stricken with grief that they failed. Whatever the law has to say about a duty to render help, these are the human impulses we laud and applaud. These are the kinds of neighbors we want. These are the kinds of citizens we need. These are the everyday role models who can teach us to stitch together a strong fabric of community that protects every member, values every life, and fights every injustice. 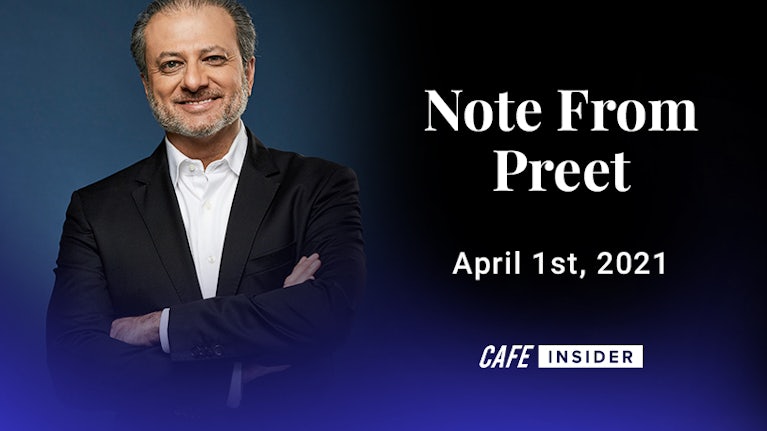 Note From Preet: On Bystanders