In this episode of Third Degree, Elie Honig discusses the latest in the trial of Derek Chauvin, including the impact of the historic $27 million settlement between the city of Minneapolis and George Floyd’s family. Elie also breaks down the makeup and demographics of the jury at this stage in the selection process.

Join Elie every Monday and Wednesday on Third Degree for a discussion of the urgent legal news making the headlines. Third Degree takes on a bit of a different flavor on Fridays, when Elie speaks with a rotating slate of America’s most impressive law school students.

From CAFE, this is Third Degree. I’m Elie Honig.

Sometimes as a prosecutor you find yourself asking, why now? Of all the time something could happen or had to happen, why right now? Now, sometimes those things are just happenstance, they’re out of anyone’s control. I’ve done trials where lawyers, defendants, jurors have gotten sick or had family emergencies that threw a wrench into the process. That’s a bummer but it happens. My very first trial, the defense lawyer actually fell partway into a manhole while walking her dog on the weekend. That almost caused us to have a mistrial. This stuff happens, but it’s way worse when the why now happens intentionally, from somebody who should have known better.

I assure you, this week the Minnesota prosecutors on the Derek Chauvin trial were saying, “Why now?” Maybe a few expletives thrown in there too. Why now in the middle of choosing a jury, an enormously difficult task to begin with, would the city of Minneapolis enter into and publicly announce a record setting, historic $27 million civil settlement with the family of George Floyd? Now, I’m not making a comment here on the settlement itself, that’s between the parties, it’s a comment on the timing and the public nature of the release here because the prosecutors and the attorneys for Chauvin and the Minnesota court system itself are right in the process of trying to accomplish the already near impossible task of selecting a fair, unbiased jury in this case. We are now in week three of that vital selection process so let’s check in where things stand.

First of all, the settlement and the disruption that it has caused. When news of this $27 million settlement broke, my first thought was Q the defense motion, meaning one of the main purposes of jury selection is to find people who are impartial and have not yet formed opinions, and now you have a brand new piece of news that many jurors likely saw. That news of the settlement suggests at least in some way that the city has acknowledged responsibility for George Floyd’s death, $27 million worth.

In other words, the city acknowledges that one of their employees, and remember the defendant here is former officer Derek Chauvin, is somehow legally responsible; maybe not criminally responsible but at least civilly responsible. So what happens? First thing Monday here comes that defense motion. The defense argues to postpone jury selection and to change venue. The defense lawyer said this, “The fact that this came in the exact middle of jury selection, it’s perplexing to me. Whose idea was it to release this information?”

Now, the judge agreed that this was concerning. The judge said, “I wish city officials would stop talking about this case so much,” and he acknowledged that the jurors would now have to be questioned or re-questioned. Sure enough, the very first juror who came up after this news broke had heard about it and said that it could interfere with her judgment on the case, so what’s the judge going to do here?

First of all, with respect to the jury itself, from now on any of the prospective jurors that are being interviewed have to be asked whether they’ve seen or heard any news recently. This can get dicey because when you ask a juror, “Have you seen anything in the news?” You don’t want to say what it is because then you’re giving it to them but you also don’t want to tempt them to go back and try to Google it. In any event, all the jurors will have to be vetted for whether they’ve heard about this and whether it will influence their view of the case.

Then there’s the question of should the trial be moved to another county. By all indications, the judge is not inclined to do that. That’s the right thing. The argument from the defense is, “Well, now we need to move the case to another county where maybe people haven’t heard about this as much or don’t have as strongly held feelings.” The reality though is moving the case to another county in Minnesota won’t accomplish anything. Who has not heard of this case? Is anyone really less likely to have heard about this case if they live in Olmsted County or Kittson County or Itasca County? Yes. I looked up the names of Minnesota counties.

In fact, moving the case out of Hennepin County where the case is now, where Minneapolis is, would be a real problem when it comes to our second issue, which is choosing a representative jury. We have this notion of the representative jury. What exactly does that mean though? It’s really not a simple question or answer. Let’s start with this. You can only draw your trial jury from your jury pool. The 12 men and women who end up in that box, plus a couple of alternates, they can only be drawn from the citizenry of the county where the case is being tried.

Now, no question about it, race is part of this case, it involves police violence against the black man specifically. Now, as we discussed in an earlier podcast, the African-American population of Hennepin County is between 13 and 14% and, by the way, that’s the most racially diverse county in Minnesota. There’s only one other county above 10%.

Many of Minnesota’s counties are below 1% which, again, shows you why it would be such a problem to relocate this trial to any other county, because if you moved it to any other county you’d have a significantly less racially diverse jury pool than where the crime occurred. That would be a major problem for public acceptance in the legitimacy of this verdict.

Now, you do not need absolute mathematical proportionality in your jury. I’ll give you an example. Most places in the United States are close to 50/50 female/male but not all juries of course are six and six or even seven and five or five and seven. I had plenty of juries that were nine women, three men, eight and four, even 10 and two a couple of times. It’s the same thing with race. When I was trying cases in Manhattan, I did cases where there were one or two African Americans on the jury. I did a case where there was six African-Americans on the jury.

Now, we’ll discuss the racial composition of the Derek Chauvin jury in a moment. The point is, much just depends on whose number comes up, who gets called, who gets that jury notice in the mail. It’s also not entirely just a random lottery system because judges and attorneys also have some influence here. As we go through this jury selection process, there’s two kinds of strikes, ways to remove a juror. The first one is for cause, if the judge agrees that a juror is not able to be impartial. No question about it, there’s some subjectivity there and indeed there is some room for bias, conscious or unconscious.

Then you have your peremptory strikes, those are the strikes that each of the parties has. Now, they have very wide latitude. The law says they’re not allowed to use those strikes based on race or religion or ethnicity or gender or as a pretext. The problem is, again, there’s some subjectivity involved, human emotion, human biases do come into play. While you can’t guarantee any particular number or proportion, there are steps in our system designed to protect against discrimination in choosing a jury. They’re not perfect but it’s designed as a structural safeguard.

What jumps out to me, most of all, is it’s a young jury, seven of the nine jurors so far appear to be in their twenties or thirties. My juries in New York City used to skew much, much older than that. How that plays, I guess, remains to be seen. The most important thing to me here is that this does seem to be a fairly even keeled and open minded jury based on what we’ve seen. Overarching, I think the parties and the judge have done a good job selecting a jury that can do its job.

Now look, they will never find 12 jurors who know nothing about this case. Realistically, this is the best you can do. When you look at the jurors, you see that some of them have opinions about this case, in some instances fairly strong opinions, but none of those opinions seems to be disqualifying and each juror appears to offer some good and some bad to each side. Here’s an example.

One of the jurors, number 36, is a Hispanic man in his twenties. He’s a driver, he’s a family man. Now, he said in his questionnaire that he has a very negative view of Derek Chauvin, that he saw the video and it appeared to him that George Floyd was “desperately screaming.” Obviously, the prosecutors like that, they see somebody who’s sympathetic to their case. But this juror also said that he believed that if George Floyd had complied with the officer’s “that wouldn’t have happened.”

Now, that’s the thing that the defense likes because they’re going to argue in all likelihood that somehow George Floyd’s actions leading up to his handcuffing or while he was handcuffed justified Derek Chauvin’s use of some force. Most importantly, this juror said he would be able to put aside any opinions and listen to all the facts before making a decision. The defense lawyer specifically asked if this juror could follow the law and the judge’s instructions even if he did not agree with them and this man said he could, he’s now on the jury.

Do people lie during jury selection? Of course. Human beings tend to fudge the truth, often because they want to get off of a jury, sometimes in my experience in a high-profile case, because they want to get onto a jury and that’s where the lawyers and the judge come into play. They have this challenge system but a lot of it, bottom line, comes down to the lawyer’s gut instinct, gut feeling about a person, is this person for real, can this person really keep an open mind? It’s imperfect, it’s human, it’s a bit of a guessing game.

We’ll continue to watch this. Obviously, the jury is the most important thing, the jury is the group that will decide this case. We’ll keep you updated on this and the entire trial as it progresses over the next few weeks. Thanks for listening, everybody. If you have any comments or questions or thoughts, please keep on sending them to us at lettersatcafe.com. 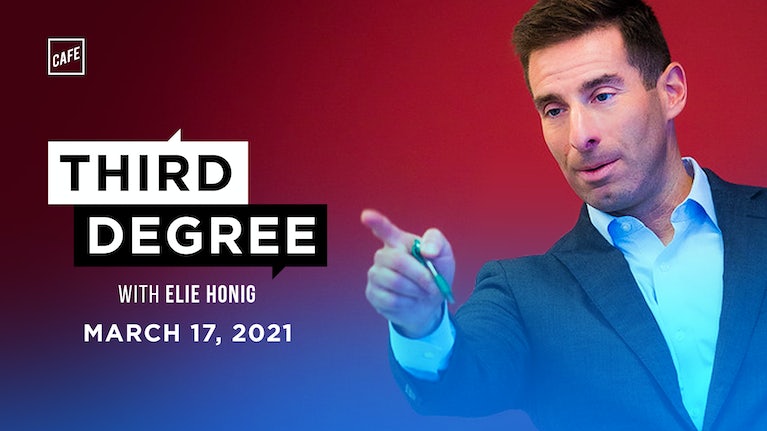 Can The Chauvin Jury Be Impartial?