In this episode of Cyber Space, John Carlin is joined by Jeanette Manfra, the former assistant director for cybersecurity at the Cybersecurity & Infrastructure Security Agency (CISA). They discuss Manfra’s time serving in Iraq, how she got into cybersecurity, and her new role as Director of Government Security and Compliance at Google Cloud.

Cyber Space is the newest podcast for members of CAFE Insider. Every other Friday, John Carlin, who led the Justice Department’s National Security Division, explores issues at the intersection of technology, policy, and law with leaders who’ve made an impact in the world of cybersecurity.

THE STATE OF CYBERDEFENSE 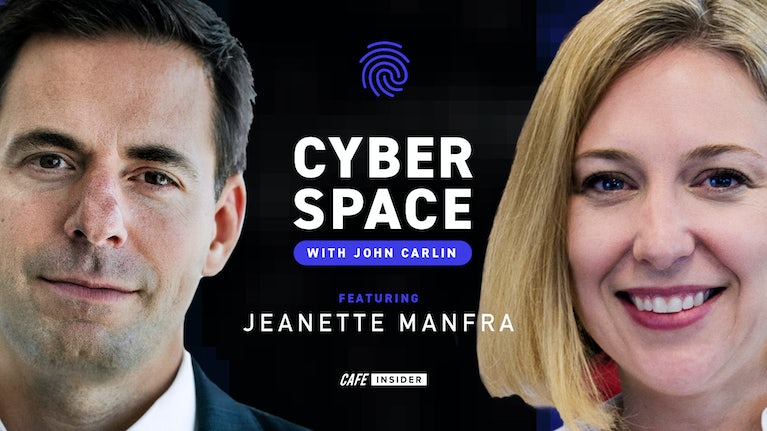